BATED BREATH IN BOLIVIA: Ice Climbing in the Cordillera Real

This is an excerpt from my book Coming of Age in the Andes: An Adventure into the Mountains of South America. The Amazon Link is available at the end of this post!

We woke up a few hours before sunset and bundled sleepily into a taxi. The city was dead quiet, save a few stray dogs scampering along dim, dirty alleyways. The yellow taxi, with a broken back window climbed up a steep hill to the sprawling ghetto of El Alto, literally, ”the high”.

Here the bad news was there were no buses destined for the mountains for a few hours and that our only options were to return to La Paz or to continue to Huayna Potosi with the taxi at a considerably higher fee. Pretty typical for third world cities I guess; we’d asked about connecting buses the previous day at the station and were told there definitely would be a bus departing at about 5am, ‘definitely’ being the operative word in this case.

Niels and I hung around a little nervously as a group of men leered at us, eyeing our bags and making comments threaded with slang that didn’t exactly instill much confidence in our being the only foreigners up there, let alone with a bunch of climbing and camping gear. The men were at this point huddled in a tight circle, talking over each other schemingly while looking over at us with dare-devil eyes. The atmosphere was laced with tension.

”These gringos have valuable equipment. We can sell it for a good price.”

”I agree…and there are just two of them. Fucking idiots, what do they think they’re doing here at this time in the morning, ha!”

Niels instinctively made a move, gripping the driver’s arm and pushing a hundred Bolivianos into his pocket, telling him to get us the hell out of dodge before he really lost his shit. The next minute we were on our way into the cold darkness on an old dirt road to Zonga, hearts still beating from what could’ve turned into a nasty experience.

The taxi dropped us where vehicles could go no farther. Offloaded, we stood in the fresh alpine air in front of the majestic Cordillera Real (the ‘Royal Range’), Bolivia’s primary mountain chain. The hike to the glacier was exquisite. Llamas trotted in formation along the ridges, condors careened gracefully through the sky and snow and ice shimmered in the distance. We quickly set up camp and then geared up to do some ice climbing practice at the base of the glacier.

The conditions were perfect, small walls ideal for technique training. Some local Quechua people were chilling just beneath the snow having tea and thoroughly enjoying the show, letting off big belly laughs as we duck-walked on the glacier.

The date was May 1. This was the first time I’d had the opportunity to use my ice climbing gear. It felt incredible! It was a solid full-body workout, and my ice axes and crampons offered awesome grip. About as close to Spiderman on ice as you can get. It felt like this was something I was meant to do. It felt natural. Simple. Complete. Beautiful. Epic.

Back at camp Niels fixed us a hearty vegetable stew on his Primus Omnifuel, an extremely robust stove ideal for high altitude expeditioning. It’s relatively lightweight, easy to maintain and runs on all kinds of fuels; white gasoline (naphtha), petrol/gasoline, kerosene (paraffin), diesel…you can even cook with jet fuel! Not that that’s so readily available mind you.

Propane/butane gas canisters can also be fitted for cleaner, more user-friendly operation, as well as being more environmentally sensitive and healthier. This multi-fuel functionality makes it perfect for travel in remote areas and it’s also very economical. Using liquid fuels do however require regular maintenance, but this is simply a habit you get into, kinda like polishing your boots after each trip. In Patagonia I struggled along with a cheap gas stove that burned poorly at altitude and wasn’t very efficient in terms of consumption.

If you’re in two minds between models that run on just gas, or gas and fuel for off-the-beaten track adventure, definitely go the multi-fuel route. Plus, with technology rocketing forward, some models are so compact they can fit into your pocket. Primus and MSR lead the way and produce stoves that if taken care of, will last you a lifetime and very often save your life in extreme outdoor situations.

We continued ice training the following day and Niels taught me some important knots, especially the prussic, which is used to ascend a rope if one falls into a crevasse. This was of course the very first knot I’d learnt – well in fact more of a hitch – months ago in South Africa. The prussic is arguably one of the most crucial knots in climbing. We were thinking about giving the mountain a shot on this trip, it being touted as one of the easiest ‘6,000ers’ in the world, both in terms of technical difficulty and elevation gain from base camp.

The peak was first conquered by the Germans Rudolf Dienst and Adolf Schulze in 1919, just after the end of the First World War. But Potosi had been attempted several times before. In 1877 a group of six German climbers made the very first summit bid. However without proper equipment and with scant practical information on the mountain, their expedition met with tragedy. Four climbers died at an altitude of around 5,600m. The surviving duo managed to descend the high slopes in rapidly deteriorating weather conditions, but died of exhaustion and hypothermia soon after reaching Zongo Pass.

Then in 1898 a team of Austrian climbers made the second attempt at the peak. They got extremely close to the top, but were trapped up at 5,900m because of bad weather and eventually forced to descend when food and fuel began running low. Another summit pitch was thought to be too risky considering the tempestuous weather.

Admiring the gall of some of the young Bolivian boys who were working as porters for the few expeditions up the peak during that first week of May 2005, I wondered who had more balls; those climbers of old or these stoic little snow soldiers. Nails and screws were fitted onto school shoes for crampons. Plastic was wrapped around their ankles and feet for gaiters. Rusted pieces of metal fixed onto wooden poles served as ice axes. Never mind they had no waterproof clothing. Instead they donned llama woolens and cheap nylon anoraks.

In contrast I was way more equipped, despite using my stepdad’s – ‘shitty’ as he says – gear…stuff he’d used 30 years ago when he first came to the Andes on an extended trip to Latin America in between courses at the University of Washington in Seattle. I definitely had moments when I couldn’t sleep because of the cold (mainly when camping on snow), but at least I was dry! And staying dry can be the difference between life and death in the mountains.

Niels came down with a fever the next morning and we disappointingly began arranging to descend back toward La Paz. Oh well, the mountain wasn’t going anywhere and just being there was out-of-this-world. Illimani, the highest peak in Bolivia dominated the scenery on the drive back, proudly holding its massif above the rest of the Cordillera Real. I fell into a blissful daydream, imagining myself climbing these awe-inspiring summits…feeling the raw pulse of adventure at the world’s edge.

If you enjoyed this post Grab your copy of ‘Coming of Age in the Andes’ on Amazon here! Ebook and Paperback versions available. Feedback and reviews are also hugely appreciated and valued. 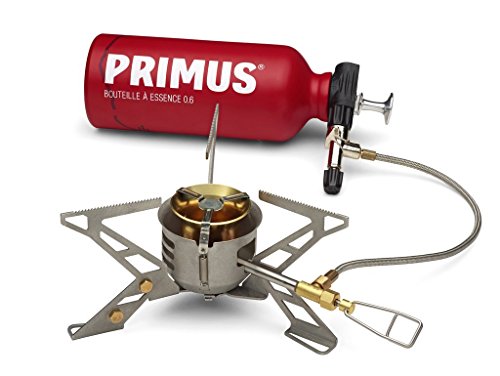