LOST IN LITTLE TIBET: A Journey Through the Enigmatic Land of Ladakh

This is an excerpt from my next book ‘A Tightrope in the Sky’ (tentative title) on a 6 month journey through the Himalayas of India and Nepal. 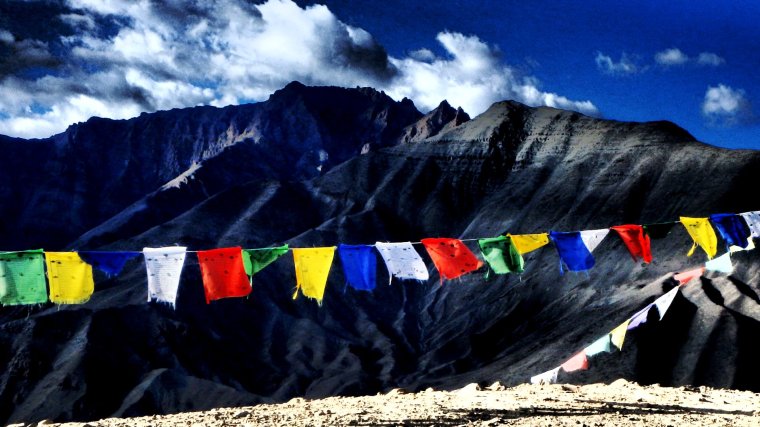 ‘’This is my simple religion. There is no need for temples; no need for complicated philosophy. Our own brain, our own heart is our temple; the philosophy is kindness.’’s

Traveling with my ear to ground and for a keenness to learn something about the people and history of the place I was in I couldn’t but be absorbed by the eerie story of Tibetan forced displacement, genocide and ethnocide. China invaded Tibet in 1950 during Mao’s Great Leap Forward, declaring the People’s Republic sovereignty but granting Tibet ‘autonomy’. An estimated 1 million Tibetans were killed. Following the Tibetan Rebellion of 1959, an exiled government was established in Dharamsala under the leadership of His Holiness the 14th Dalai Lama, Tenzin Gyastso.

Mao clamped down even harder as he implemented state collectivization of Tibetan land and vicious pogroms on Tibet’s local peoples. During the Chinese Cultural Revolution, roughly 6000 Buddhist monasteries in Tibet were razed to ashes. While millions of native Tibetans were massacred and literally starved to death by Mao’s invincible Red Army, hundreds of thousands have fled across the precarious Himalayan frontier lands into India over the last 40 years.

Currently known now as the Tibet Autonomous Region (TAR), the Chinese have – despite liberalization of its economic and political structures – assumed near total control of what was historically a vast conglomeration of theocratic kingdoms guided by Buddhist Lamas in the land of snows. The ancient capital, Lhasa, is barely recognizable, laid over by voracious capitalism and mainstream Chinese politico-cultural structures.

While the pain of Tibet is impossible to bear, the redemptive spirit of its peoples is truly something to behold. In Dharamsala I met Onlay, an 84 year-old survivor of the Chinese invasion of Tibet. Forced to flee with her four younger siblings without her parents after their village had been set alight and ransacked, Onlay embarked on a death-defying journey enduring freezing temperatures and little food for months until they reached in the safe-haven of the official Tibetan government in exile.

Tragically, one brother and two of her sisters succumbed along the way. Onlay has since lived an unassuming life making beautiful traditional jewellery, blankets and pottery and caring for her grandchildren, whom she cherishes as the diamonds of her life. In the wake of waves of sadness, present-day Tibetan diasporas are finding ways to live with joy and continue the rich tapestry of spirituality and art built up over millennia before them.

One rainy, misty afternoon in a cosy café in upper Dharamsala, I met with Rinpoche Karma Lungdup. Seated gracefully with his palms folded I couldn’t help but be absorbed by the man. He began telling me about his story and his interpretation of Buddhism.

‘’In every molecule there is spirit. All is spirit’’, he told me.

This idea is a cornerstone of shamanism and indeed Bon, and has permeated Tibetan Buddhism cosmology to this very day. Born in Mustang, a remote region of northern Nepal, the Rinpoche then recounted fascinating anecdotes about the medieval history of Tibet. In the 6th century, a handful of Chinese princesses married Tibetan Kings, helping to institutionalize Buddhism, oriental astrology and feng-shui into the Tibetan court. Under the imagination of Bon, a great demoness diffused her power across Tibet and propitiations had to be constantly made to quell her rage. With the inception of Buddhism monasteries were built by the high lamas at sacred locations throughout Tibet to supress the primordial demoness lying across the vast alpine plateau.

The history was enthralling, but I wanted to know more about his spiritual teaching.

‘’How can we practice compassion?’’

‘’Be generous with your time’’, he whipped instinctively. ‘’Do more than just saying thank-you. It’s all about lovingkindness because we are all always interdependent.’’ 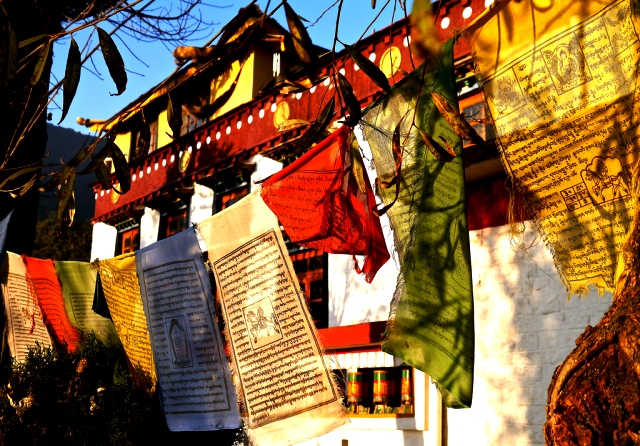 Lungdup then delineated ‘the five immeasurables’ of Tibetan Buddhism: lovingkindness, compassion, joy, equanimity (even-mindedness) and forgiveness. Beyond all doubt around the mystery of existence in a human form on this planet at this point in time, life each day to express these qualities to all living beings. That was his message. Pure and simple.

‘’How can we move beyond ignorance and raise our state of consciousness?’’ I probed.

Lungdup leaned back serenely and began tapping his fingers on his chest.

‘’Going beyond ignorance means; going beyond dualism to the mind’s natural state one oneness with all reality and severing attachment to physical things and ego-identified emotions.’’

He offered a meditation to play with this notion of oneness which employed a mountain as a metaphor.

‘‘You are an immovable mountain. The rest are transient occurrences. Remain in the freshness of the now. One cup. One day. Be like the sun, shine on everyone without discrimination.’’

One cup. One day. Sounded like a pretty catchy motto. Trick is as we get older that cup seems to get bigger and bigger and seems impossible to fill. When we’re kids that cup is bottomless and we are easily carried away by wild fantasies and magical lands. Be happy with the contents of the cup. Sure there could always be more in there, but experience isn’t going anywhere soon, so take it easy. Lungdup reminded me of how accepting your current circumstances and being grateful frees you up to be compassionate to others. And then, well, compassion keeps going round and round.

With that it was time to do some last minute shopping and catch a flight to Leh, capital of Ladakh. Dharamsala was awash with local tourists seemingly hell-bent on spending as much money on cheap trinkets and ice cream cones as they could and the mountains and far-off monasteries pulled me north.

If you enjoyed this post Grab your copy of my latest book ‘Coming of Age in the Andes’ on Amazon here!

Posted in A Tightrope in the Sky, India

One Comment on “LOST IN LITTLE TIBET: A Journey Through the Enigmatic Land of Ladakh”